Food Allergies are Very Common in the First Three Years of Life, with Up to 8% of Children Being Affected 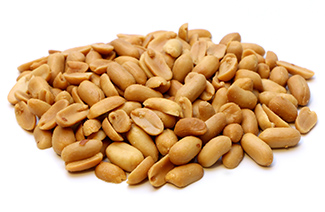 In predisposed people, allergies can start very early in life. Often times, a food allergy is the first allergy to develop due to immaturity of the digestive tract.

While many food allergies start relatively early, they also tend to disappear over time. Up to 80% of infants with an egg allergy are able to consume eggs by five years of age. Also, about 85% of children with a cow’s milk allergy can tolerate milk by three years of age. Although previously it was thought that a peanut allergy is a permanent allergy, we now know that about 20% of patients outgrow it. Although a peanut allergy is not the most common food allergy, it is the most common food allergy associated with severe reactions.

In several studies, peanuts gave the highest percentage of severe reactions. This occurred mostly in patients of 15 years of age and older.

This strongly suggests that clinicians should seize the opportunity when the diagnosis of peanut allergy is most likely to be made, and when food challenges are least likely to produce severe reactions. The ideal time to begin testing and treating a peanut allergy is in children younger than four years, allowing the allergist to confirm the diagnosis by challenge testing before a lifetime of strict avoidance is prescribed.

The risk of severe allergic reaction upon the challenge can be reduced by carefully studying the history of the individual, allergy testing for peanuts and obtaining IGE levels to the peanut allergen. Lower levels of IGE antibody to peanuts are helpful in determining the patients who will be less likely have a severe reaction during the challenge.

At the point when the diagnosis of allergy to peanuts is confirmed, the next step is to establish a subsequent solution to this problem. Until recently, we had only one available approach: strict avoidance of peanut ingestion.

However, within the last few years, new developments in the treatment food allergies emerged. This was based on knowledge regarding inhaled allergies.

Since 1912, curative treatments of immunotherapy, often called “allergy shots,” were available for certain types of allergic reactions. Many studies showed improvement in symptoms of allergic rhinitis and asthma after administration of a series of injections containing allergens to which patients were desensitized.

That brought interest in a similar approach to the treatment of food allergies, such as peanut allergy, milk allergy, and egg allergy.

Early oral attempts of immunotherapy were implemented using dilutions of cooked egg, milk or ground peanuts. In the last few years, those attempts became more refined. Several studies involving sublingual therapy (SLIT) were also conducted. In those trials, an aqueous solution of the allergen was administered under the tongue of the patient, and subsequently either spit or swallowed.

Because mucous membranes in the mouth are very vascular, absorption of the allergen is very rapid.

This is why some medications are administered in the form of mouth dissolvable and absorbed medications, such as Nitroglycerin. Because of this route of administration, side effects are very minimal, with most involving non-threatening oral reactions, such as itching and tingling. Very few required treatment with antihistamines, or slowing the rate of progression of immunotherapy. There were no described systemic reactions such as anaphylaxis.

Peanut SLIT immunotherapy starts in the office with a very small dose of the allergen, equivalent of about .25 micrograms, and this dose is continued in the patient's home for a period of five weeks. Subsequently, the dose is escalated in the office every 6 to 8 weeks. After a while, the patient is able to tolerate the equivalent of a couple of peanuts. This can provide a significant safety cushion for accidental exposure to peanut ingestion in real life. Similar desensitization can be performed with egg and milk.

Allergy & Asthma Center of Rochester has been using sublingual immunotherapy for inhaled allergens for over three years. We are pioneering peanut desensitization in Michigan, with numerous patients successfully responding to this treatment. Please contact us today at (248) 651-0606 to start peanut allergy treatment for you or your loved one.